As well as honing my passions and skills, Lorna’s class sky-rocketed my confidence. Something you need to get yourself out there and be who you’ve always wanted to be. A year on, and I’ve not only had multiple articles published, but launched two blogging websites, started a podcast channel, and have a new book deal to write a memoir about my life.

Lorna’s three day lifestyle journalism course is amazing. She behaves like a real-world editor, is thought-provoking, inspiring and instills confidence in every individual’s ability. Her criticism is constructive and her advice invaluable. It was a great experience and investment into my professional career — I landed my first paid job in journalism shortly after the course. Cannot recommend enough

Lorna’s course is truly fantastic and I would recommend it to anyone. I signed up a few years ago while in my last year of university. Keen to get into women’s journalism, I felt I could benefit from some guidance. Should I go on to study a master’s degree? How can I start freelancing my work? I had never done anything of this nature before and didn’t know what to expect, but at the end I was so overwhelmed with how much I had enjoyed – and benefitted from – the whole experience. Lorna gives a lot of brilliant practical writing advice (I still have and refer to my notes and hand-outs) and I left the course feeling incredibly motivated, sure that I wanted to go on and study a master’s degree and just so inspired by Lorna herself. Lorna is a fantastic teacher and really encouraged us all to keep in touch. Shortly after the course ended, Lorna provided me with a reference for my master’s degree application (which was greatly appreciated!) and I went on to study in magazine journalism. I am now working as a features writer at a national magazine and I owe a great deal of this to Lorna and the course – again, thank you.

Lorna V carries a light others find easy to be led by.

I decided to take the Writing for Women’s Media course after a difficult time, where I felt flat and needed guidance on my next step. The moment I met Lorna, I knew I’d made the right choice: she was open, warm and had that rare talent of oozing knowledge whilst still being wildly approachable. I looked forward to every day on that course, not least because of Lorna’s energy and inspiring teaching. I remember how wonderful I felt when she praised me for my achievements to date – things I’d done and written that I thought were mediocre were celebrated by her. She treated me like an equal and the confidence I gained from her class resulted in three writing jobs and a fervent passion for Life-writing.

I have since had the privilege of not only being taught by her, but also of reading her words and seeing her act. I used to think that it was only the teachers you met as children who made the most difference, but I was wrong: it’s teachers like Lorna who remind you, the adult, of who you can be. I am perpetually grateful.

If it wasn’t for LornaV, I wouldn’t have got my first short story published, and then subsequent novellas published. Her encouragement was there from the start and inspired me to keep going. Her approach to characters helped me delve into those I had created and make them more 3D as opposed to flat words on the page.

Lorna has an inspired way of staying completely integral and real in her teachings. Whilst encouraging, professional, and approachable she does not sugar coat what will be required of us to become and be writers. The course is a fantastic investment of your time which like the best stories has a cleverly defined beginning, middle and an ending that will surprise you. Lorna generously shares her incredible talent and wisdom with you during the course.

Completing Lorna’s course really helped me to distill what I wanted to achieve within my career in journalism. I also made a close circle of new friends who I’ve stayed in touch with for over seven years. This created an extra support network where we encourage each other’s ambitions, and closely follow each other’s careers. I felt that Lorna’s course was a really positive influence for me, and really helped to propel me to chase after my goals, and achieve them.

Lorna’s three day course is a full immersion in lifestyle journalism. Lorna is absolutely great. She pushes and challenges you to improve not just your writing but also the way you approach and think of journalism. This course was a life changing moment for me as I fully realised I wanted to be a journalist thanks to Lorna and the course.

Attending Lorna’s course was a great way of refreshing my feature writing skills and reminding me how to ensure my work caught the eye of editors.

Lorna wrote on my piece of homework ‘start the book!!’ -and two years later I became a bestselling published Hay House author! I’m so grateful for Lorna’s help on her course. 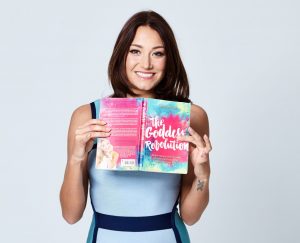 Author of The Goddess Revolution 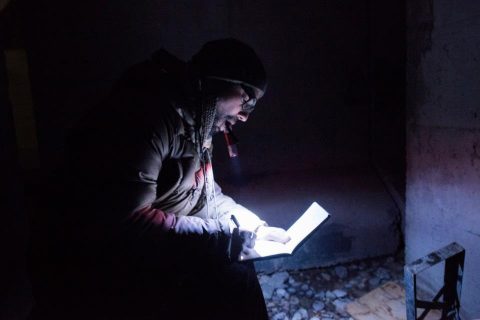 Luca Foschi reporting for Italian Press from a bunker in Afghanistan, December 2013. The first time I met him as his tutor at the London School of Journalism I handed him a scrap of paper on which I’d scribbled: Robert Fisk.

I’ve been lucky. History was flowing through the streets and at the London School of Journalism Lorna encouraged my awkward English and my philosophical mumbo-jumbos. Thus a not-so-young Italian waiter pretended to be a reporter and kept following the Arab Spring which was reverberating as small multitudes in front of the embassies. “You can reach freedom and meaning even within the limits of an article”, Lorna insisted. She knew how to deal rationally with a revolution. Above all, however, she believed in me when I could not. All came as a sprout of that gentle seed: the first reportage from Tottenham and its rebellious black community, which led to contributing regularly to the cultural page of a regional newspaper. From here there was a war-journalism course in Rome, then Lebanon, Afghanistan, Jordan, Palestine, Turkey, Iraq, Tunisia, followed by a national prize and a Phd in Middle Eastern studies, with a bulky thesis about resistance movements written in English, and interviews conducted in stuttering Arabic from three countries. On my days off from the Phd it was always back on the road where I belong reporting for newspapers, and seeking the tragic, wondrous endlessness of a story with Lorna’s limits.

What I remember most from the London School of Journalism was the people I met and that left me with something more valuable than academic lessons. Lorna was one of those people. I remember her energy, passion and honesty as her best qualities. She was able to keep the class engaged and her insights have always been very important when I’ve had to take some important decision in my career. From “a job in journalism is better than no job in journalism” to “well, you’re not only a journalist, you’re much more than that!” her voice has always spoken to me when I needed it. And that happens with the best teachers you meet in life.

Lorna was an inspiration – you knew she was a force to be reckoned with from the minute the walked into the room. While I didn’t go on to become a journalist, I work with stories on a daily basis, and Lorna taught me to find, craft and appreciate stories from different points of view. And, most importantly, to pick the right angle to pitch them.